Having decided to carry out a test mob on a new product at work; I blogged about the plan last month; last week we finally held our inaugural test mob.

This is our experience of mobbing.

The room was set-up thus: 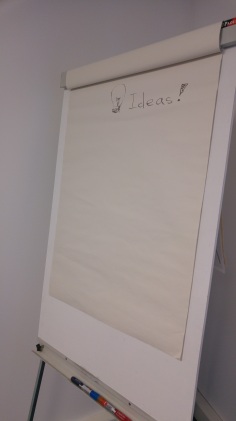 As there were five of us (from four different teams), we had five different job roles:

NB: Each role should not be exclusive from each other, but to enable all key areas to have a person responsible for them.

We had three hours in total, after the room was setup, testers adequately fuelled and an initial intro to the new product, we started with a 15 minute sessions in each role responsibility before cycling through.

At the halfway point, we took stock, ideas for test areas and a quick recap of the notes made.

Then we started the cycle again.

Well, we ran a retrospective the very next day as part of our monthly test team meetings with some good points made:

It was a very productive retrospective session and we all agreed that we would want to run another test mob in the future, when we next have a new feature or product to test.

In hindsight, we went in rather unprepared to the unexpected. But, we all bought into the concept, and have started to shape it in a way that can work for us as a team of testers across different teams, but also to increase eyes on an unreleased product with new ways, thoughts, heuristics preferred and (human) testers’ intuition.